A Guidebook of United States Coins

A Guidebook of United States Coins 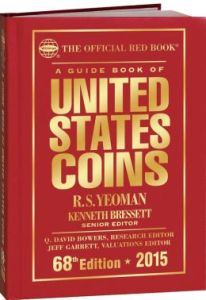 More commonly known as “The Redbook” for it’s distinctive red cover has become the consummate guide for beginning and expert coin collectors alike. The very first edition, dated 1947, was actually released in November of 1946 and this title has since sold millions of copies worldwide. The Redbook is usually thought of as a price guide and although it does list prices for most of the coins listed, the information is compiled and published months in advance. The coin market is much more fluid and for that reason it may not be dependable as a guide to current market prices. It will, however, give you a good sense of the value of coins relative to one another within a series or one series to another. For example: In the Redbook you can readily see that a 1909-S VDB Lincoln Cent is a much more expensive coin than the more common 1909 VDB from Philadelphia, and sells for a higher price than the 1914-D in circulated grades, but you can also see that in Mint State grades, the 14-D is a more expensive coin. So although the pricing numbers may not be 100% up to date, they are still valuable to the reader relative to one another for comparison purposes. The Redbook is very often the first book that an experienced collector will recommend to people just entering the hobby, but it is anything but a book written for beginners. In fact, many experts turn to its pages every day because the Redbook is one of the best general reference books on United States coins ever written. The Redbook is currently available in hardcover, soft cover, spiral bound, and a large print edition for the sight-impaired. I personally prefer the spiral bound version as it lays flat on a desk no matter what page I turn it to. Contained within its listings you will find the history of a coin, its designer, its weight, composition, a general guide to grading that coin, a picture of the coin, and a complete list by date and mint mark for the entire series including the mintage figure of each issue. Published annually (with the exception of 1950), some buyers will purchase a new edition each year as they are released. Their popularity is very strong and the books themselves have become collectible. So much so that Frank J. Colletti has now published “A Guide Book of the Official Redbook of United States Coins” which lists and discusses the books themselves and their values. Mr. Yeoman retired in 1970. Kenneth Bressett, an assistant to Yeoman, became Editor at that time and remains to this day. Yeoman is still listed as the author with Bressett credited as the editor on the cover .In my opinion, A Guidebook of United States Coins is the quintessential coin book. It is a fabulous reference for the experienced and newbie collector alike. It brings history, pictures, facts and figures right to your fingertips. If you’re a new collector, I suggest you buy one. If you’re an advanced collector, you also need to buy one and if you’re an expert or a coin dealer, you need to buy a new one because your copy is probably old and tattered from use! In other words, EVERYONE who collects or deals in United States coins needs to own this book!

This author hasn't written their bio yet.
Mike Nottelmann has contributed 89 entries to our website, so far. View entries by Mike Nottelmann.

When value is measured in any collectible, determining its state[...] 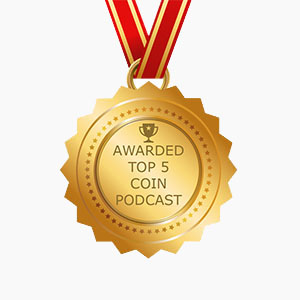